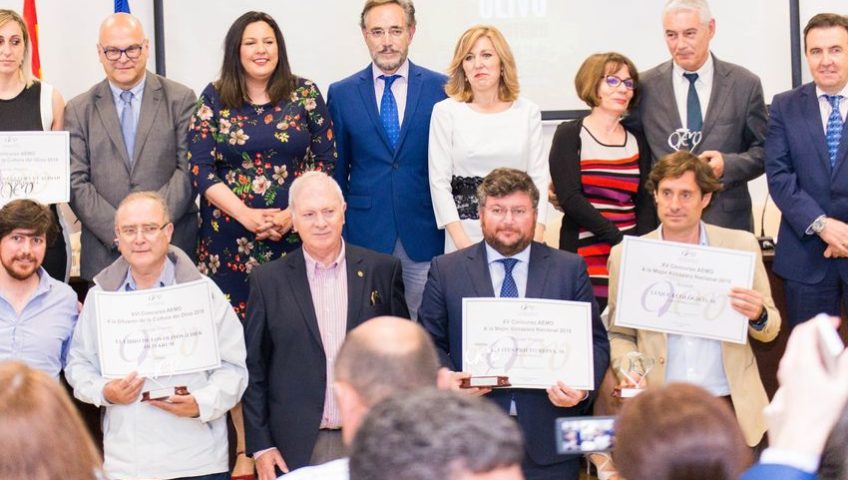 The Spanish Association of Olive Tree Municipalities (AEMO) has presented this Thursday, May 17 of its National Awards 2018, in the framework of the Olive Tree Fair of Montoro (Cordoba) in the categories of Diffusion of the Culture of the Olive Tree, Best National Olive Oil Mill and Best Monumental Olive Tree of Spain.

The event was attended by Felipe López, Minister of Public Works and Housing, Manuel Fernández, Second Vice-Chairman and Deputy for Promotion and Tourism of Jaén, María Dolores Amo, Employment Delegate of the Provincial Council of Córdoba, José Luis García, President of Caja Rural Jaén and José Luis Maestre, President of Oriva, who were accompanied by AEMO’s managers, headed by its President and Mayor of Montoro, Ana María Romero and José María Penco, Technical Director.

For the first time in its sixteen-year history, the Olive Culture Diffusion 2018 modality has awarded an extraordinary prize to the IFAPA World Collection of Olive Varieties “Alameda del Obispo”, presented by Angjelina Belaj (responsible for the collection). The jury considered the high degree of excellence of the project as a scientific work, as well as the purpose with which it was conceived to ensure the future of the more than 900 varieties from 28 countries that currently count on this germplasm bank, which is the most important in the world.

The first prize went to the website apadrinaunolivo.org of Oliete (Teruel) presented by José Alfredo Martín Piñas. The initiative aims to recover the abandoned olive grove in the municipality of Oliete (Teruel), through the original “sponsor an olive tree” initiative. Thus, since its inception, the project has already recovered 7,200 olive trees in the town. The jury valued the use of new technologies as an awareness-raising tool for the recovery of this ancient olive grove. In addition, this project is reviving the olive grove with all that this entails: reactivation of economic activity and employment in the region.

As for the second prize, it went to Colival, for the Culture and Quality of Olive Oil, from Valdepeñas (Ciudad Real), presented by Consoli Molero, manager of the cooperative which in turn was awarded the prize for the Best Olive Oil Teacher 2017-2018. The jury has valued the project of this Cooperative that in the last years has advanced in an unstoppable way in search of the maximum quality and the transmission of the culture of the oil between its members and the inhabitants of the municipality. The third winner was Liber Olivarum, The Book of Olives, presented by its author Arturo Esteve. It is a book that compiles the path of the olive tree through such varied genres as history, literature, mythology, religious texts, medicine and gastronomy.

In the category of Best National Olive Oil Mill 2017-2018, Aceites Prieto Reina – Pago de las Monjas, from Montoro (Córdoba) has received the prize of this edition. There is a runner-up prize for Alcubilla 2000, whose oil is marketed under the brand name Luque Ecológico from Luque (Córdoba). 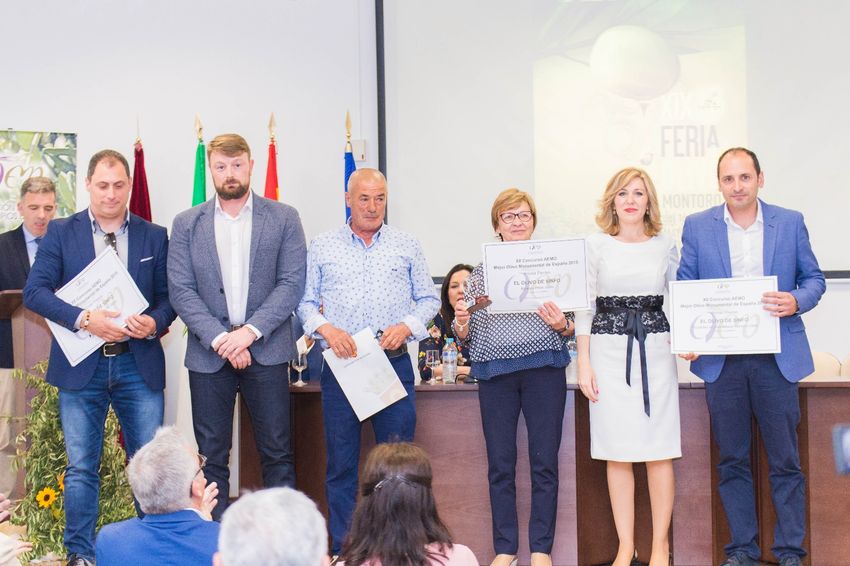 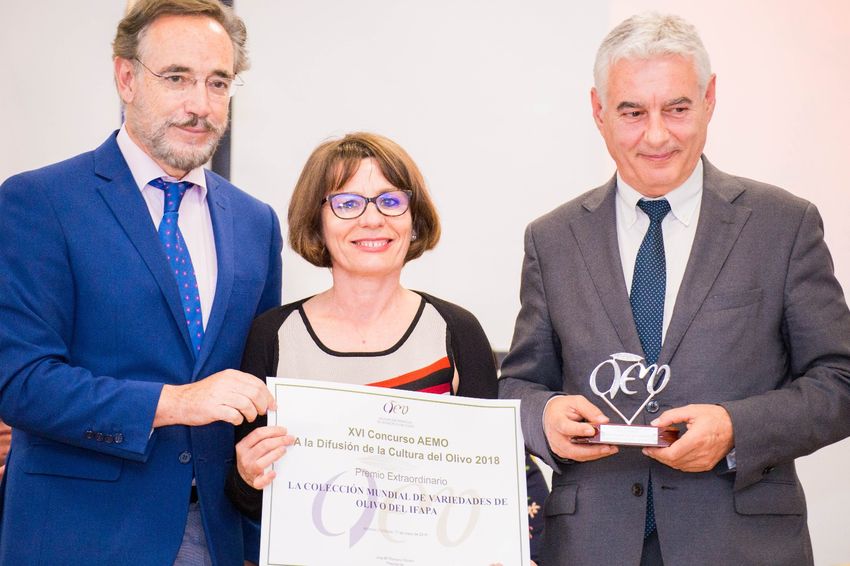 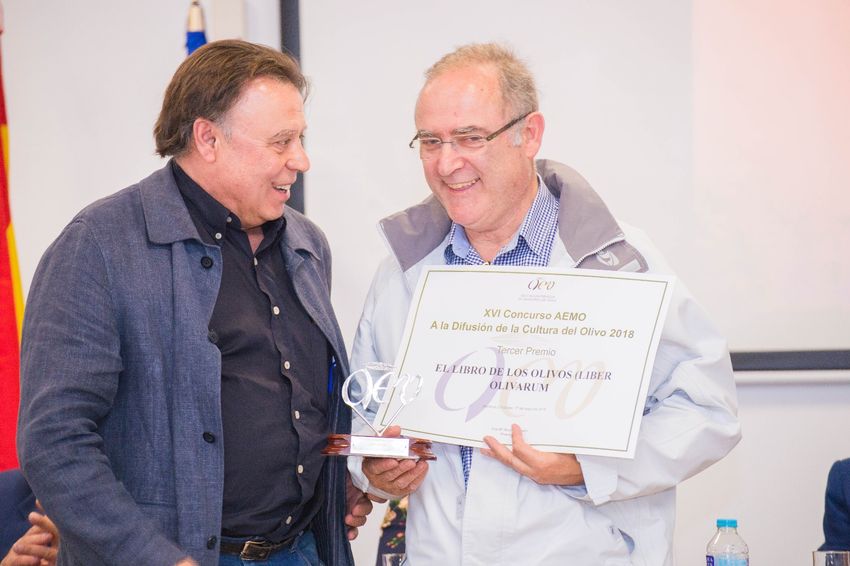 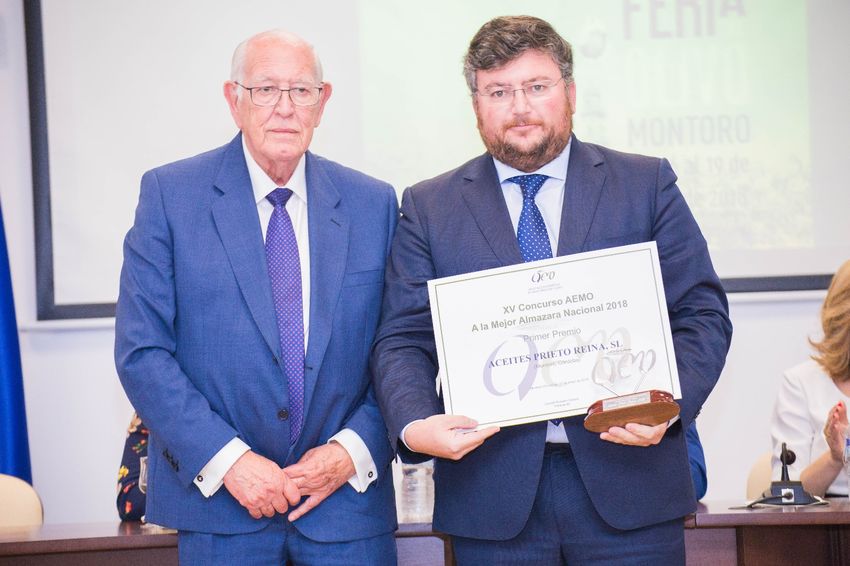 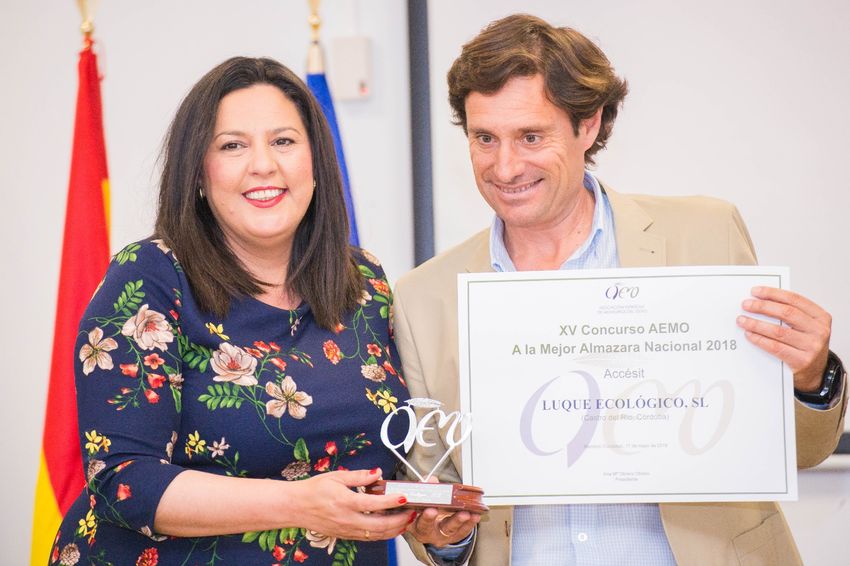 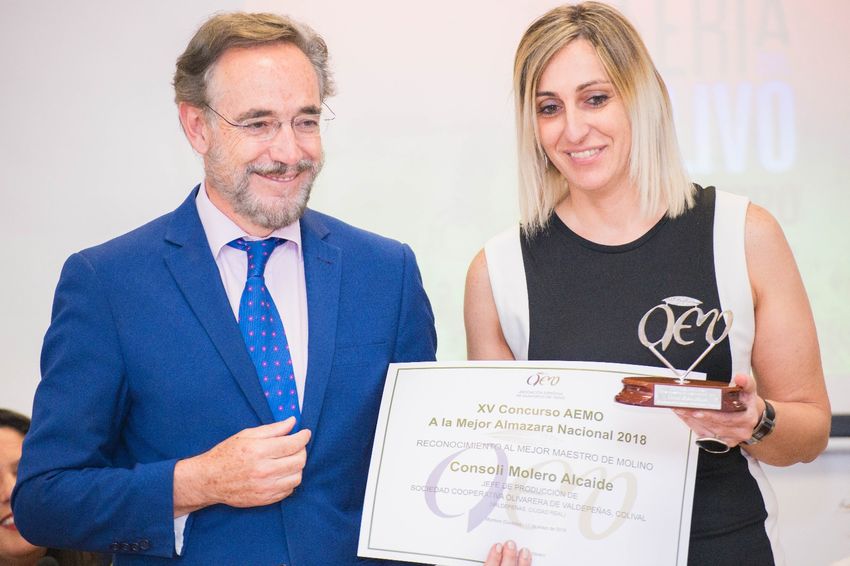