Montoro will host the celebration of this International Assembly, which is made up of thirteen countries connected by the Mediterranean Sea, in which some of its representatives will meet within the framework of the Olive Tree Fair.

On 19 May, several representatives from countries such as Albania, Croatia, Greece, Israel, Italy, Lebanon, Montenegro, Morocco, Portugal, Slovenia, Tunisia, Turkey and Spain will meet in Montoro (Córdoba) to celebrate the International Assembly of the Euro-Mediterranean Network of Olive Growing Cities (Recomed), an international grouping made up of thirteen countries bordering the Mare Nostrum mentioned above.

Currently, the Spanish Association of Olive Tree Municipalities (AEMO) presides over this supranational non-profit making association that praises virgin olive oil as a sign of identity in each of the assemblies that have been held so far. On this occasion, there is no better reference framework to bring together the members of this network of olive sector reference than the Montoro Olive Fair.

Recomed aims to promote the culture of the olive tree in general, and to promote olive oil and table olives as a tool for the development of the main world producers. 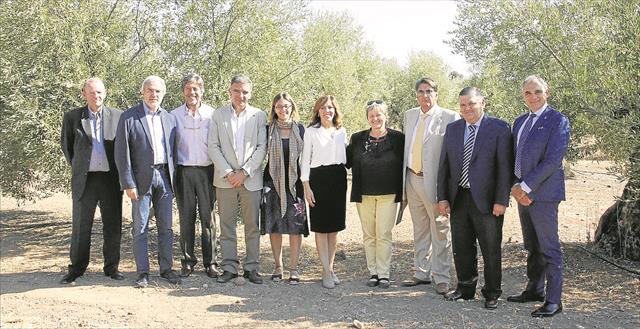 The main objective of this Assembly is to strengthen the collaboration between the countries that make up Recomed, to undertake new projects to disseminate the benefits of oil and to consolidate the work to maintain the culture of the olive tree and olive oil as the international reference point that it has been up to now. In addition, one of the topics to be dealt with will be the new European project Olive Skills, which aims to promote employment related to olive groves in women and young people; its implementation and the beneficial impact on our society will be addressed. This project shares this aim with one of the measures that the CAP has contemplated in its latest amendments through the rural development aid scheme for young farmers.

The importance of Recomed’s work is indisputable; it has a significant commercial and economic value, since more than 94 percent of the oil produced in the world comes from the countries that belong to this association. This Euro-Mediterranean network therefore condenses the global olive-growing tradition that has long been situated in the surroundings of the Mediterranean Sea. Also noteworthy is the important presence of Spain, which produces 50% of the world’s olive oil, being the country par excellence leader in global production and exports.