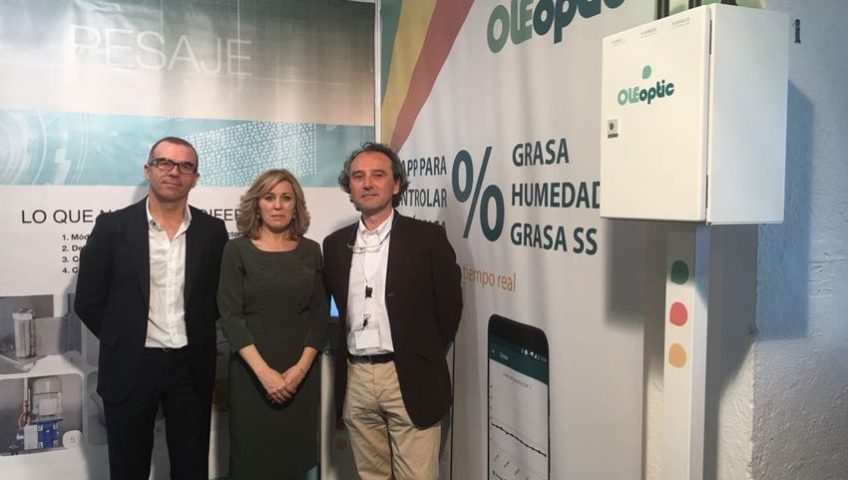 The awards ceremony will be next Friday, May 18 at 20:00 hours in the Assembly Hall of the Olive Community Heritage.

Innovation, quality, creativity and technological transference converge in this contest that celebrates its XVI edition within the framework of the Olive Fair. The companies participating in the event were eligible for this competition, the decision of which took place after the opening ceremony of the Fair.

After the opening ceremony of the Fair, the expert jury, composed of Jesús Gil, Professor of Rural Engineering. Gregorio Blanco, Professor of Rural Engineering at the University of Córdoba; Gabriel Beltrán, Director of IFAPA Venta del Llano, Mengíbar; Salvador Cubero, Agricultural Engineer; Manolo García, Agricultural Engineer and José Mª Penco, Director of AEMO, studied and visited the innovations presented in the competition. After a careful deliberation, a technical tie broke out and the jury decided to award the FIRST EXAEQUO AWARD to the following companies:

PADILLO and FOSS for their technological product OLEOPTIC. The jury valued this technological solution, which is capable of determining in real time and by means of NIR technology the fat yield and the humidity of the olive mass before and after its extraction in the oil mill, in such a way that it allows to alert of the incidences that occur during the process and consequently to act to remedy them, either manually, by the master of the mill, or automatically. The jury also assessed the potential of this tool for the future, since with the determination of these variables, the different machines and flows can be automatically and customised to optimise the process. In short, this project could be the prelude to the intelligent oil mill.

IMS PESAJE, for determining the fat yield of whole olives in the olive mills’ yard. The jury considered that this system for determining the fat yield by means of nuclear magnetic resonance (NMR), which acts on the olive belt in motion and has the capacity for a reading every 40 milliseconds, can be a great step forward in the reception of the fruit as it is fast, cheap, non-destructive and, above all, because of its ability to determine many readings from the same batch, making the average output data highly significant. We are therefore faced with a clean, cheap and efficient system capable of printing on the ticket of the oil mill’s yard, not only the weight of each batch of olives, but also the fat yield of the same. 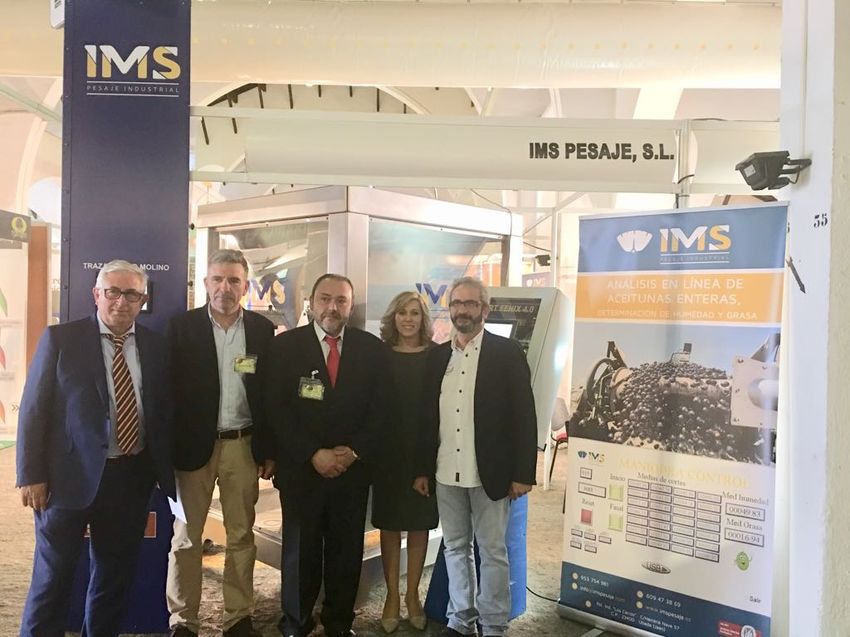