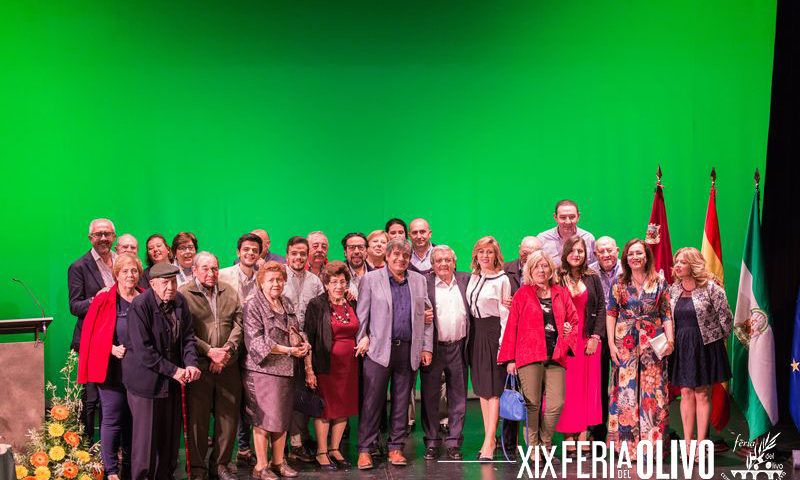 After 10 pm last night, Doctor D. Francisco José Tinahones Madueño finished the opening speech of the XIX Olive Fair. A masterful lesson entitled “The Olive from the Earth to the Heart”, was marked by the close relationship between him and the olive grove and Montoro throughout his childhood, which justified his vocational dedication as a researcher on the benefits of olive oil on our health.

The event was opened by the President of the Olive Fair Consortium and Mayor of Montoro, Ana María Romero, who said that the olive tree is culture, it is a way of life. “The olive tree is us. Without him, the future of our people would not have been the same. The Olive Fair is absolutely necessary to defend the profitability of costs, to bet for a decent price, in short, to sponsor the culture of the olive tree communicating the benefits of oil in health and promoting knowledge of the quality of this liquid gold. We will work hard to achieve initiatives that create jobs and economic development. This is the common objective of mills, farmers, producers, researchers and other workers involved in the olive sector, to demonstrate the greatness of olive oil to the whole world. 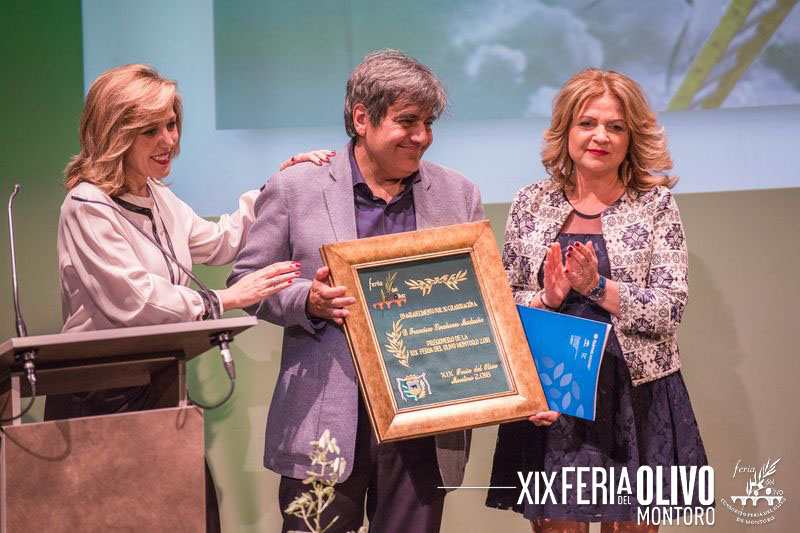 Prior to the intervention of the protagonist of the evening, Dr. Fernando López Segura, the town crier of the previous edition, made a tour of the extensive academic and research curriculum of Tinahones and recognized the public that “the world of the olive tree and the oil live in their genes”.

Thus, with a clean and exemplary stitch, Francisco Tinahones entered the hearts of all those attending the event with an emotion that crossed the expectant gaze and soul with apocopation. The quietest truth and the silent work that carries the history fifty years ago, shone in an impeccable way in the first part of his speech through an exaltation of the work of the fanegueras, the handles, the muleteers and all that the harvesting of the fruit of the olive tree implies, putting in value the work of our land. Vital values that these figures transmitted to the town crier from his childhood, which, as he himself treasured, “generated an iron trust in myself until today”.

The second part of the opening speech was dedicated to oil as a nutritional treasure of the heart and health, where he stressed that oil is a guarantee of health. “It is a unique fat, different from the rest of those we have in our nature; it is rich in oleic acid with a large number of minor components such as poniphenols, tocophenols and tocotrienols, carotenoids and multiple vitamins, unquestionable values for our health.

Tinahones also took the opportunity to send a clear message: “with the right doses, olive oil in the Mediterranean diet is comparable to some medications”. After this headline, he showed the audience the spectacular results of the Predimed Study, a research project published in the prestigious American journal New England Journal of Medicine, which showed that the consumption of olive oil over an average of five years contributes to the reduction of diabetes (40%), cardiovascular diseases (30%), neoplasms (breast cancer, 62%) or neurodegenerative diseases, among others. Thanks to the impact of these results, this study was covered in most U.S. publications. and Europe. Likewise, all the treatment guidelines have been modified to position olive oil as a crucial element for health.

Francisco Tinahones took advantage of the last minutes of his oratory by dedicating an epilogue to pride, showing off his origins as a Montoran and Andalusian for three reasons: work, wealth and ingenuity. He alluded to people’s capacity for work and effort, to the natural and cultural richness of Andalusia which, combined with a dose of ingenuity, form the perfect tandem to build a prosperous land for future generations.

A vindictive and renewed message was the final touch conveyed to an audience that had been turning over their words throughout the night. A social critique that unites knowledge and promotion of our raw material abroad, an expression that left no one indifferent: “We have to believe in who we are and what we can be. Our research centres can be compared to European centres of excellence. We Andalusians have to break that glass ceiling without any complex.