The award was presented at a large gala event held as part of the Olive Fair in Montoro (Cordoba).

The 1st GEA-AEMO Award for the Promotion of Olive Oil Consumption in the World, launched by the multinational GEA Iberia and the Spanish Association of Olive Growing Municipalities (AEMO), went to the “Jaén Selección” initiative of the Provincial Council of Jaén. This proposal has been chosen from five finalist projects (Estudio Predimed, chef José Andrés, QVExtra and CEQ, “Jaén Selección” and the company Cabello X Mure), which were valued for their excellence and uniqueness in contributing to the promotion of the consumption of extra virgin olive oil throughout the world.

The award ceremony took place at the Miguel Romero Esteo Theatre in Montoro (Córdoba), within the framework of the Olive Fair. The gala, hosted by Ezequiel Martínez, journalist and presenter for many years of the programme “Tierra y Mar” on Canal Sur TV, was attended by numerous authorities and professionals from the sector, including the delegate of the Government of the Regional Government of Andalusia in Cordoba, Esther Ruiz; the deputy for Economic Development of the Provincial Council of Cordoba, Ana Carrillo, as well as the president of AEMO, Ana María Romero and the president of GEA Iberia, Álvaro Martínez Martínez, among others. 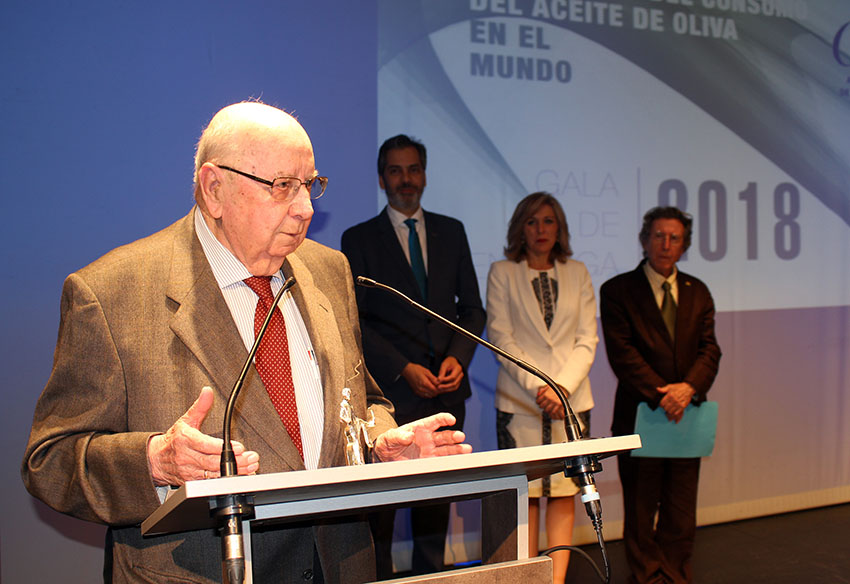 The President of GEA Iberia, Álvaro Martínez, explained that this award was created to recognise the effort made to promote the consumption of olive oil worldwide, something for which all the agents (professionals, companies, producers, etc.) work and which benefits the sector as a whole. “It is essential to unite the sector in the promotion of olive oil in order to increase the consumption and life of our liquid gold”, he said.

For his part, the president of the Provincial Council of Jaen, Francisco Reyes, who is responsible for collecting the award, has expressed his satisfaction that the “Jaén Selection” initiative, promoted by the Provincial Council of Jaen since 2006 with the aim of including the best Jaen extra virgin olive oils from each harvest, has been chosen as the winner and has stressed that the real protagonists of this award are the olive growers from Jaen. “If there were not eight products of extraordinary quality every year, the doors of kitchens and homes around the world that have opened extra virgin olive oil in recent years would remain closed,” he said.

One of the most moving moments of the event, which brought together nearly 150 professionals from the olive sector at national and international level, was the awarding of the Professional Career Recognition in favour of the Spanish olive sector. This award was intended to pay tribute to the professional career of the agricultural engineer José Humanes, one of the most prestigious professionals in the olive oil sector who worked at INIA and later IFAPA of the Alameda del Obispo Centre in Córdoba, considered the father of modern olive growing. Humanes has been very grateful and has wanted to dedicate the recognition to his family and colleagues. “I want to dedicate this award to my parents who have been with me from the beginning and to the people who have accompanied me throughout my professional life”, he said with emotion.

This award is unique in the world for its theme and relevance, as it aims to become the highest annual recognition for the action, initiative or project that has managed to significantly increase the consumption of olive juice at the international level. The Prize has an economic endowment of 3,000 euros and takes into account the promotion of olive oil consumption, that is, its increase.

The jury was made up of highly prestigious professionals, such as Álvaro González-Coloma, manager of the Olivarero Communal Heritage; Cristóbal Lovera, agricultural engineer and olive grower; Manuel Parras, professor of Marketing and Market Research at the University of Jaén; José Álvarez, regional director of ICEX in Andalusia; Antonio López Farré, professor of Medicine at the Complutense University; Luigi Caricato, editor of the publication Olio Officina and Juan Peñamil, editor of Mercacei. In addition, Rafael Cárdenas and José María Penco, secretaries of GEA and AEMO, organizers of the Prize, also acted as secretaries, and the jury was accompanied by the president of AEMO, Ana María Romero, and the president of GEA Iberia, Álvaro Martínez. 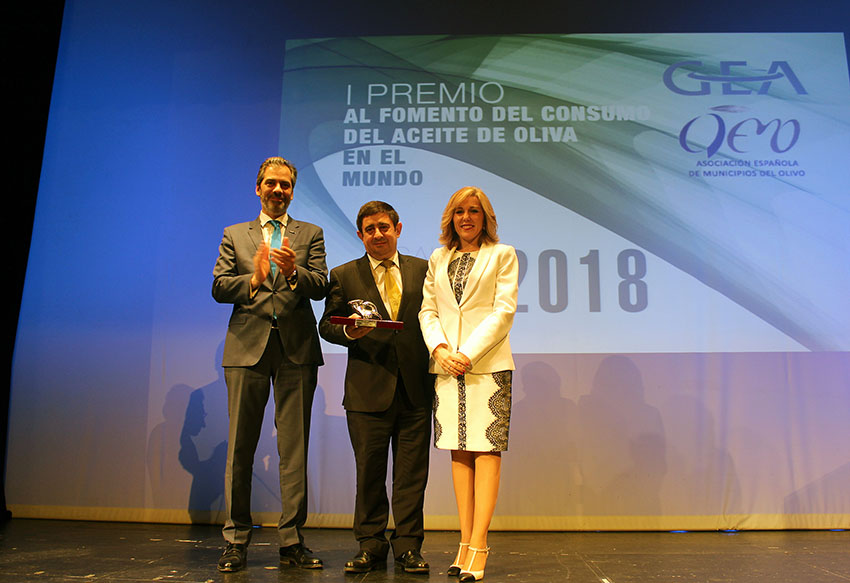